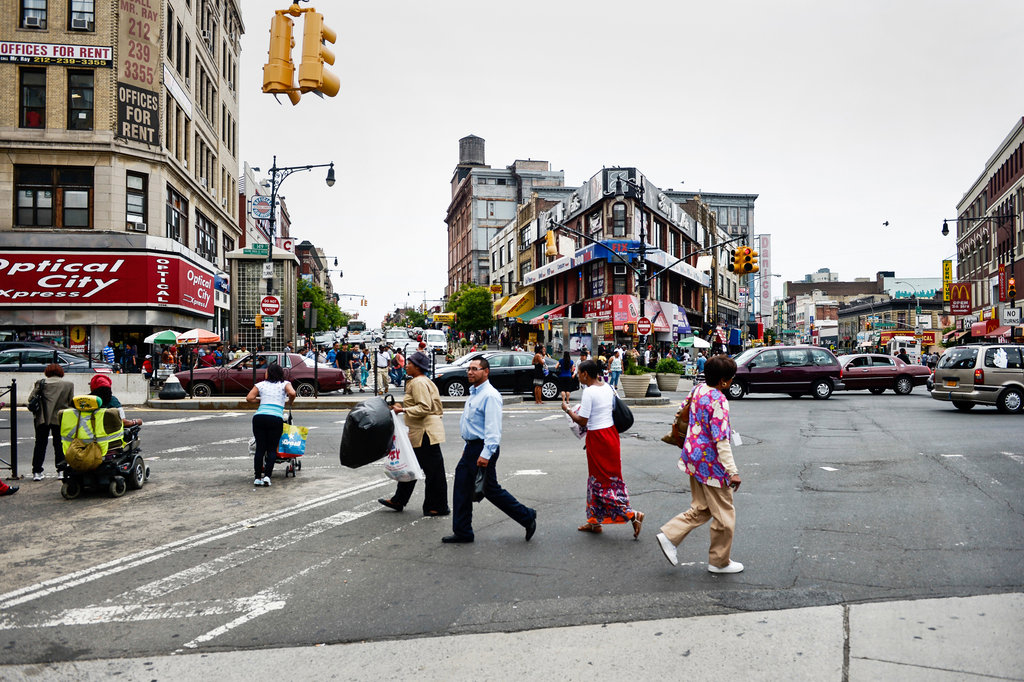 Facade of the Urban Reservation HDFC

Uku Littlehawk, friend, and Greywolf after receiving word that they now owned their residence.

Uku Littlehawk, Phillip Booker, and Greywolf on the day they would receive ownership of their home.

Greywolf is an enrolled North East Cherokee and an activist whose work with city housing programs subverts a widely accepted notion of 'success'; one contingent on recreating the values associated with the United States' history of land grabbing. Greywolf discusses the changes he witnessed during his time in the South Bronx, including the turnover of establishments near his home, and the effect which the untended apartments around him had on the community of Melrose as a whole. This exhibit details Greywolf's dealings with neighborhood change and displacement in the South Bronx from the mid 1970s through the 1990s, and his experience with the NYC Tenant Interim Lease (T.I.L) Apartment Purchase Program - a directive which "assists organized tenant associations in city-owned buildings to... maintain and manage the buildings in which they live."

After being forced to leave several buildings between the mid 1970s and the 1990s due to building abandonment and landlord malpractice, Greywolf and his friends and fellow tenants fought for the ownership of their current home.  After navigating the bureaucratic channels of government-sponsored programs, they now sit on their building’s Associated Cooperative Board as the owners of their residence. Greywolf’s story is one of inspiring activism and fastidious labour.  Himself and his fellow Cherokee on the Cooperative Board, Uku Littlehawk, maintain their building as a comfortable, democratic environment for themselves and for their tenants; a non-discriminatory space now known as the “Urban Reservation”.

A History of Land-Grabbing & Displacement. →
Introduction